Gordon Hanson holds the Peter Wertheim Professor in Urban Policy at Harvard Kennedy School and is a CGT Senior Fellow at the School of Global Policy and Strategy.

In his scholarship, Hanson specializes in international trade, international migration and economic geography. He has published extensively in the top academic journals of the economics discipline, is widely cited for his research by scholars from across the social sciences and is frequently quoted in major media outlets. Hanson’s current research addresses how expanded trade with China has affected the U.S. labor market and how U.S. regional economies adjust to immigration.

Office hours: Professor Gordon Hanson
Sept. 18, | The GPS faculty member open about some of the dearest objects that adorn his office, painting a picture of his professional backstory and personal interests

Research read the world
Oct. 12, | Gordon Hanson opines on the unfaltering hype surrounding his paper ‘The China Shock’ and its significance in an election year

Learn more about the impact of China's rise on workers, firms markets.

“The Dynamics of Comparative Advantage,” March 2018 (appendix). (with Nelson Lind and Marc Muendler)

"A Note on the Effect of Rising Trade Exposure on the 2016 Presidential Election," March 2017. (with David Autor, David Dorn, and Kaveh Majlesi)

“High-Skilled Immigration and the Rise of STEM Occupations in US Employment,” NBER Working Paper No. 22623, September 2016. (with Matthew Slaughter)

"Tradability and the Labor-Market Impact of Immigration: Theory and Evidence from the U.S.," Econometrica, forthcoming. (with Ariel Burstein, Lin Tian and Jonathan Vogel)

“The China Shock: Learning about Labor Market Adjustment to Large Changes in Trade,” Annual Review of Economics, 8, 2016: 205-240, with David Autor and David Dorn.

"The Geography of Trade and Technology Shocks in the United States." American Economic Review Papers and Proceedings, 103(3), 2013: 220-225, with David Autor and David Dorn.

"Exporting Christianity: Governance and Doctrine in the Globalization of US Denominations," Journal of International Economics, 91(2), 2013: 301-320, with Chong Xiang.

"Volatility due to Outsourcing: Theory and Evidence," Journal of International Economics, 85(2), 2011: 163-173, with Paul Bergin and Robert Feenstra.

"China and the Manufacturing Exports of Other Developing Countries," in Robert Feenstra and Shang Jin Wei, eds., China's Growing Role in World Trade, Chicago: University of Chicago Press and the NBER, 2010, 137-159. (with Raymond Robertson)

"International Trade in Motion Picture Services," in Matthew Slaughter and Marshall Reinsdorf, eds., International Flows of Invisibles: Trade in Services and Intangibles in the Era of Globalization, Chicago: University of Chicago Press and the NBER, 2009, 203-225. (with Chong Xiang)

"Globalization, Labor Income, and Poverty in Mexico," in Ann Harrison, ed., Globalization and Poverty, Chicago: University of Chicago Press and the National Bureau of Economic Research, 2007, 417-456.

"Ownership and Control in Outsourcing to China: Estimating the Property Rights Theory of the Firm," Quarterly Journal of Economics, May 2005, 120(2): 729-762, with Robert Feenstra. Appendix.

"What Has Happened to Wages in Mexico since NAFTA?" in Toni Estevadeordal, Dani Rodrick, Alan Taylor, Andres Velasco, eds., FTAA and Beyond: Prospects for Integration in the Americas, Cambridge: Harvard University Press, 2004.

"Tradability and the Labor-Market Impact of Immigration: Theory and Evidence from the U.S.," October 2019, Conditionally Accepted. (with Ariel Burstein, Lin Tian and Jonathan Vogel)

“The Rise and Fall of U.S. Low-Skilled Immigration,” Brookings Papers on Economic Activity, 2017, with Chen Liu and Craig McIntosh.

“High-Skilled Immigration and the Comparative Advantage of Foreign Born Workers across US Occupations,” in High-Skilled Migration to the United States and its Economic Consequences, University of Chicago Press, 2017, with Chen Liu.

“High-Skilled Immigration and the Rise of STEM Occupations in US Employment,” in Education, Skills, and Technical Change: Implications for Future U.S. GDP Growth, University of Chicago Press, 2016, with Matthew Slaughter.

“Is the Mediterranean the New Rio Grande? US and EU Immigration Pressures in the Long Run.” Journal of Economic Perspectives, 30(4), 2016: 1-25, with Craig McIntosh.

"Attracting Talent: Location Choices of Foreign Born PhDs in the US," Journal of Labor Economics, 33(S1), 2015: S5-S38, with Jeffrey Grogger.

"The Scale and Selectivity of Foreign Born Recipients in the U.S." American Economic Review Papers and Proceedings, 103(3), 2013: 189-92, with Jeffrey Grogger.

"Substitution between Immigrants, Natives and Skill Groups," Journal of the European Economic Association, 10(1), 2012, with George Borjas and Jeffrey Grogger.

"Illegal Immigration: Considering the Costs and Benefits," The American: The Journal of the American Enterprise Institute, October 1, 2010.

"The Demography of Mexican Migration to the US," American Economic Review Papers and Proceedings, May 99(2009): 22–27. (with Craig McIntosh)

"International Migration, Self-Selection, and the Distribution of Wages: Evidence from Mexico and the United States," Journal of Political Economy, April 2005, 113(2): 239-281, with Daniel Chiquiar.

"Challenges for US Immigration Policy," in C. Fred Bergsten, ed., The United States and the World Economy: Foreign Economic Policy for the Next Decade, Washington DC: Institute of International Economics, 2005, 343-372.

"International Migration and Development," in Ravi Kanbur and A. Michael Spence, eds., Equity in a Global World, Washington, DC: The World Bank, 2010, 229-262.

Globalization and the China Shock

Globalization and the China Shock

"Fears that China has hurt innovation in the West are overblown," The Economist, May 3, 2018.

"Competition from China reduced innovation in the US," VoxEU.org, March 20, 2017.

"Why the White House seems a little jealous of Germany," Washington Post, Feb. 2, 2017.

"Peter Navarro is about to become one of the world’s most powerful economists," The Economist, Jan. 21, 2017.

"The harsh downside of free trade – and the glimmer of hope," The Christian Science Monitor, June 28, 2016.

"Helping Unemployment Through Wage Insurance, Other Options," Here & Now, May 19, 2016.

“Perils of Globalization When Factories Close and Towns Struggle,” New York Times, May 16, 2015.

“Is the American Middle Class Losing out to India and China?” New York Times, April 1, 2014.

"How enforceable is the White House's deal with Mexico?" NPR MarketPlace, June 10, 2019.

"Migrants Are on the Rise Around the World, and Myths About Them Are Shaping Attitudes," New York Times, June 20, 2018.

"The Era of Massive Low-Skilled Immigration May Already Be Over," Wall Street Journal, March 23, 2017.

"The Importance of Highly Skilled Immigrants for Innovation and Productivity in the U.S.," NBER, November 2016.

"Is Any Immigration Reform Possible in This Political Climate?" New York Times, Sept. 12, 2016.

"Want Tighter Border Security? You Are Already Getting It." Washington Post. Jan. 29, 2013.

"Trump wants to ding imports from Mexico. What happens to stuff we send the other way?" Washington Post, Jan. 27, 2017.

"The harsh downside of free trade – and the glimmer of hope," The Christian Science Monitor, June 28, 2016.

“Perils of Globalization When Factories Close and Towns Struggle,” New York Times, May 16, 2015. 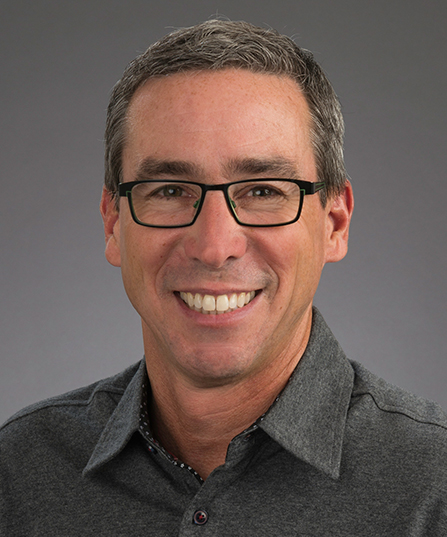