Peter Gourevitch is the founding dean of the School, serving from 1986 to 1998, and distinguished professor emeritus of political science at UC San Diego. He is an expert on international relations and comparative politics, specializing in political economy with a particular focus on international trade and economic globalization, trade disputes, regulatory system and corporate governance.

Gourevitch is currently studying corporate governance systems in a globalizing world economy, comparing differences in the way countries structure companies and their relationship to shareholders.

His most recent book is "The Credibility of Transnational NGOs: When Virtue is Not Enough," with David A. Lake and Janice Gross Stein (editors), Cambridge University Press (2012).

He coedited the journal International Organization from 1996 to 2001 and published “Political Power and Corporate Control: The New Global Politics of Corporate Governance” and “Politics in Hard Times: Comparative Responses to International Crisis.” Other publications deal with U.S.-Japan relations, international relations after the Cold War, Europe and France.

He was awarded the 2014 Roger Revelle Medal (video).

These case studies, developed by students mostly at GPS, some at the Watson Institute of Brown University, explore issues of accountability: the ways corporations are held accountable for complying with various standards, legal and ethical concerning the environment, labor standards, food safety, working conditions, human rights, shareholder rights, investing and other important issues. It examines the role of NGOs, self-monitoring by firms, international standards, government regulation, norms, the law and politics.

The cases are meant for teaching purposes and are available to students at any institution, subject to copy write rules. All of these cases are copyrighted. Thus, if you reference them for papers or publications, you must make a citation to them. Please use this format: Aguirre, Sustainable Seafood, GPS CSR Case 05-01, 2005 or Brown-Watson Case 15-01, 2016.

As new case studies are generated they will be added to the Accountability Case Study Project library.

Aronofsky, Abigail, Media Monitoring in the U.S.: A Matter of FAIRness

Barrier, Francis, The Bio Suisse Organization: An Analysis of the "Bud"-Label and its Credibility

Crowe, Stephen, The Coalition for Consumer Information on Cosmetics & The Leaping Bunny Logo

Fox, Tim, The Coffee System: What Standard, What Means- FairTrade and UTZ

Huang, Lance, Building Coalitions: An Evaluation of the Interfaith Center on Corporate Responsibility

Jost, Lane, Conservation International and the Credibility of the Purchase Power Partnership Model

Keegan, Jessica, Accountability in the Fashion Industry: Loopholes in the H&M Value Chain

Magdaluyo, Stacy, B Lab is Building a New Sector of the Economy: But Can We Trust Who is Behind the Wheel?

Mendoza, Mira, Evaluating the Need for E-Recycling and Kyocera's Impact on the Environment in San Diego

Muratova, Diana, The World Wildlife Fund Reconciling Roles as a Vigilante and a Verifier

Murphy, Bethany, Has Chiquita Truly Reformed or Are They Just Green Washing?

Nelson, Natalie, You Get What You Pay For

Nguyen, Andrew, The Equator Principles in Banking: To Comply or Not Comply

Russell, Jarrod, Is Vestas Encouraging Responsible Consumption or Merely Greenwashing for its Own Gain?

Silvestri, Sophie, McDonald’s and the Fast Food Industry: Solutions for a Healthier Future

Somani, Hrishikesh, Seafood Industry in Thailand: A Closer Look at the Supply Chain of Nestle’s Seafood Sourcing in Thailand and Critiquing its Labour Practices

Stover, Mae, (Brown-Watson) The Cost of a Low Price

Superti, Chiara, “Addio Pizzo": Can a Label Defeat the Mafia?

Selection Committee: International Affairs Fellowships, member since 1990, and chair of committee since 1995.

Oct. 16, 2017: For more than a , John Lithgow has been delighting audiences on stage, in and on television. In a lively discussion with Peter Gourevitch, Professor Emeritus of Political Science at UC San Diego, Lithgow reflects on his preparations for the wide diversity of roles that have shaped his career and influenced the larger culture, from his star turn in “The World According to Garp” to his SAG-award-winning role as Winston Churchill in the Netflix original series “The Crown.”

Dec. 28, 2015: What drives wealth and inequality? Meet Thomas Piketty, author of the best-selling book "Capital in the Twenty-First Century" and the researchers and translator that worked with him in producing this widely discussed text which has been translated around the world.

Nov. 2015: Income inequality is not just a catch phrase, it is the focus of noted economist Thomas Piketty’s groundbreaking bestseller, “Capital in the Twenty-First Century.” Detailing the origins and the implications of our growing economic disparities, the book has earned Piketty comparisons to Adam Smith, John Maynard Keynes and Karl Marx from The New York Times. Join the conversation between Piketty and Peter Gourevitch, founding dean of UC San Diego’s School of Global Policy and Strategy, on what rising income inequality means for society. Series: "Helen Edison Lecture Series."

Nov. 11, 2015: Some members of Peter Gourevitch's family, of Russian, Jewish, Socialist origins escaped the terror of the Nazis and the Soviet Bolsheviks to reach the US in 1940. Other members did not, and were killed. What signals influenced some to leave in time, and others to stay? Drawing on family stories, on documents, and on comparative history and social theory, Gourevitch probes some larger implications of a family history.

July 7, 2014: Recent technology has made our lives much brighter, longer, fuller and healthier than ever before; but how can we ensure that we're not drowning in information and still have offline lives as well? In an interview with UC San Diego's Peter Gourevitch, essayist and novelist Pico Iyer draws upon 40 years of travel across five continents to explore how to make the most of new opportunities, without being depleted—or devoured—by them. This program is presented by the Helen Edison Lecture Series at UC San Diego. 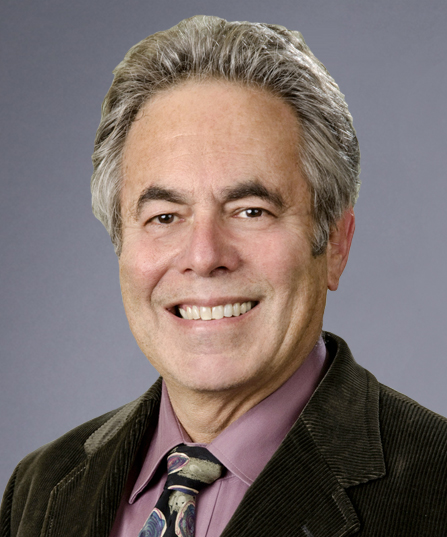