Joshua Graff Zivin is the Pacific Economic Cooperation Chair in International Economic Relations at UC San Diego, where he holds faculty positions in the School of Global Policy and Strategy and the Department of Economics. He is presently a research associate at the National Bureau of Economic Research and serves dual roles as director of the Center on Global Transformation and co-director of the Global Health Institute at UC San Diego.

Graff Zivin is an internationally renowned economist whose broad research interests include the environment, health, development and innovation economics. He has published numerous articles on a wide range of topics in top economic, policy and science journals. Much of his current work is focused on three distinct areas of research: the relationship between the environment, health and human capital, the economics of innovation with a particular eye toward the role of institutions, social networks and financial incentives, and the design of health interventions and their economic impacts. At GPS, he teaches courses including Environmental and Regulatory Economics and Economies of the Pacific Rim.

Graff Zivin received his Ph.D. from UC Berkeley and his B.A. from Rutgers University. Prior to joining UC San Diego in 2008, he spent 11 years on the faculty at Columbia University, where he served as professor of economics in the Mailman School of Public Health and the School of International and Public Affairs and directed the Ph.D. Program in Sustainable Development. In 2004-05, he served as Senior Economist for Health and the Environment on the White House Council of Economic Advisers.

Taking the reins at CGT
April 20, 2020 | New director for the Center on Global Transformation Joshua Graff Zivin talks multidisciplinary research and plans for the center’s future

Aversion to Risk by R&D Managers May Hurt U.S. Economic Prospects
March 16, 2020 | Executives tolerant of failure in pursuit of reward are best suited to seed innovation needed for growth

What is the Best Way to Encourage Innovation? Competitive Pay May be the Answer
Feb. 12, 2019 | Field work from UC San Diego and Thermo Fisher finds providing a sizable award to top performers is most effective in producing creative scientific and technological solutions

The following open-source software tools designed to facilitate research on knowledge creation, dissemination, and policy in the life sciences with financial support from the National Science Foundation (Awards SBE-0738142 and SBE-1063907).

Scientific Distance: An open-source software tool designed to calculate between any pair of scientists in "ideas space" based on the overlap of the MeSH keywords in their publications.

Graff Zivin, J, S Hsiang, and M Neidell, “Temperature and Human Capital in the Short- and Long-Run,” Journal of the Association of Environmental and Resource Economists, 5(2018): 77–105.

Graff Zivin, J and M Neidell, “Temperature and the Allocation of Time: Implications for Climate Change.”Journal of Labor Economics, 32(2014): 1-26. 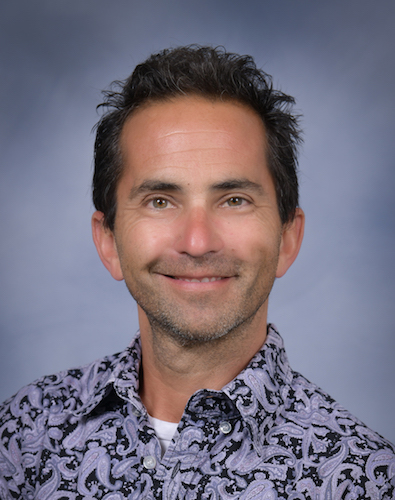