Vice Admiral Robert L. Thomas, Jr., U.S. Navy (ret), is a Professor of Practice at the School of Global Policy and Strategy (GPS). Professor Thomas served in the U.S. Military for 38 years. The son of a career Marine, VADM Thomas graduated from U.C. Berkeley with a Bachelor of Science in Civil Engineering. He holds a Master of Arts in National Security Studies from the National War College in Washington, DC.

At the school, he teaches courses on security related policy and strategy to include GPPS 442 Foundations of Strategic Studies, GPPS 443 U.S. National Security Decision Making, and GPPS 444 A History of Warfare. In the Spring of 2021 he will also teach a section of the GPS Capstone Course. 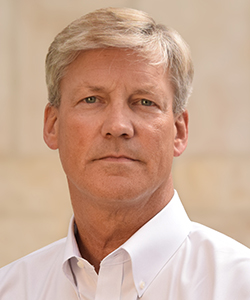