Vice Admiral Charles W. Martoglio, U.S. Navy (ret), is a lecturer at the School. Drawing on his extensive background leading large elements of our U.S. military, VADM Martoglio’s focus is on national security affairs and leadership.

He spent about half of his military career in the U.S. Navy at sea in cruisers, destroyers and aircraft carriers. VADM Martoglio spent the other half of his career developing strategy and policy, fostering international relations, and conducting operations, initially for the U.S. Navy then for all U.S. military forces.

VADM Martoglio is recognized as one of the Defense Department’s preeminent strategic thinkers, with proven expertise in contingency planning, international relations and operations execution. He has served in Asia, the Middle East, and, most recently, in Europe as the Deputy Commander of all U.S. military forces in Europe, Eurasia and Israel.

In various capacities he has developed the U.S. Navy’s Strategic Plan, led security-related organizations through significant change, headed the planning effort for some of our nation’s most complex contingency plans, and has overseen the integration of the U.S. Government Interagency into Defense Department operations in both Asia and Europe.

VADM Martoglio graduated from the U.S. Naval Academy in 1978. He also served as a Mahan Scholar at the U.S. Naval War College graduating with highest distinction and earning a master’s degree in National Security and Strategic Studies. 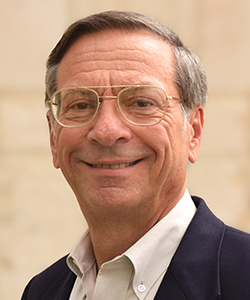