Ulrike Schaede and the business reinvention of Japan

In this Q&A about her new book, GPS professor Ulrike Schaede breaks down how Japan’s new business architecture and corporate strategies have helped the country remain the third largest economy in the world 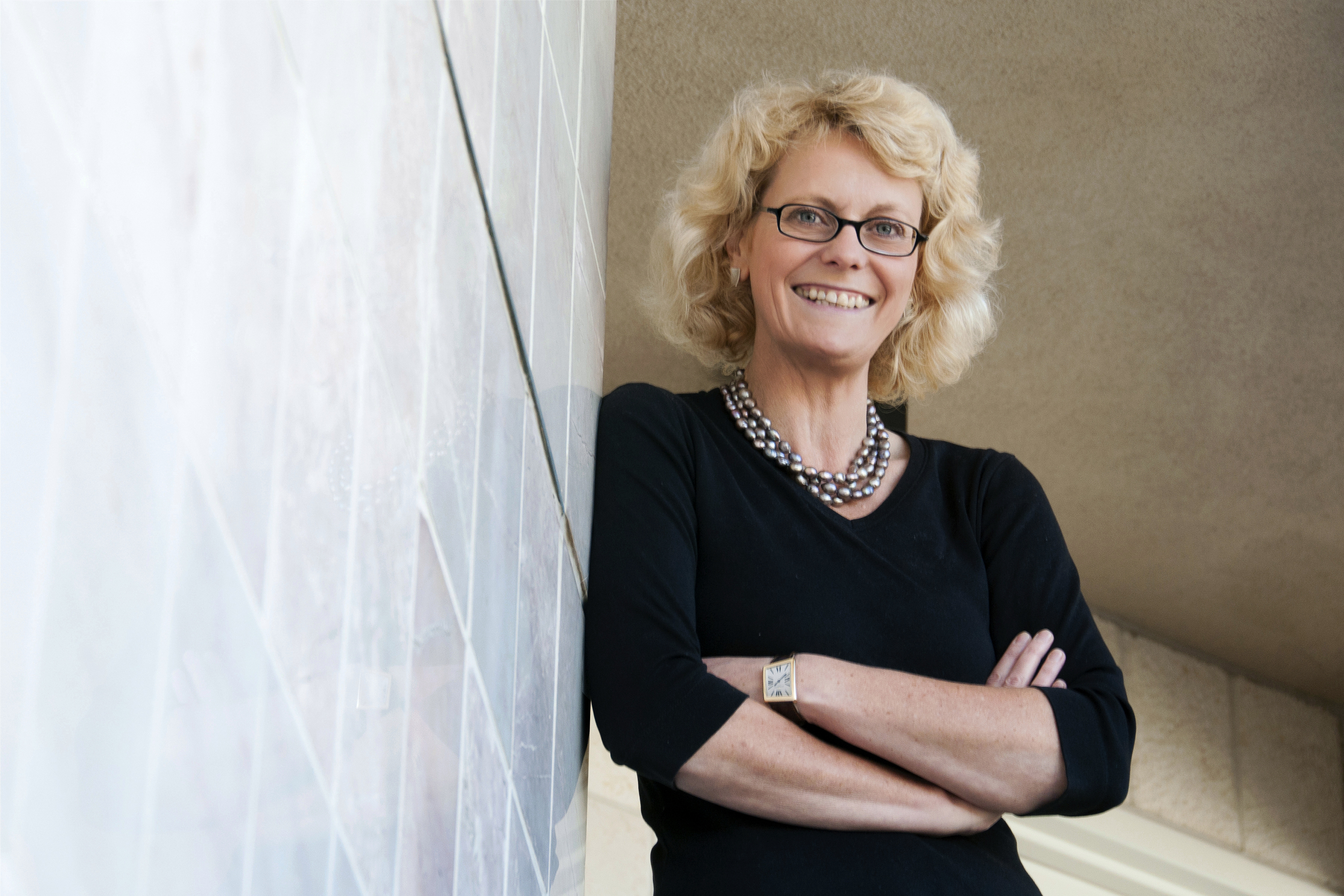 As a professor of Japanese business and the director of the Japan Forum for Innovation and Technology (JFIT) at the UC San Diego School of Global Policy and Strategy (GPS), Ulrike Schaede has made it her life’s work to understand the evolving strategies of Japanese business. In her new book, “The Business Reinvention of Japan: How to Make Sense of the New Japan and Why It Matters,” Schaede explains the transformation of business and management taking place in Japan, opening up new business opportunities and new markets.

Who is the intended audience for your book?

This book is written for people with a business interest in Japan, and in the Pacific Rim, who haven’t looked at Japan in a structured way for many years. The book offers a fresh look at how Japanese companies have responded to the rise of China, and how that has affected the competitive dynamic within Asia. I explain why  – with all the bad news we tend to hear from and about Japan – Japan is still the third largest economy in the world, with a total workforce the size of China’s three largest cities.

What is Japan’s reinvention?

It began in the late 1990s, with the rise of companies in South Korea and Taiwan, and then China, as high-quality mass-production assemblers. They basically ate Japan’s lunch – i.e.,  they conquered Japan’s former bailiwick of making household and office electronics, as well as  everything that goes into those, such as semiconductors. This forced Japanese companies to move up the value chain and  invent and produce things that are more difficult to make and  imitate.

Many Japanese companies have pivoted to become the suppliers of deep-technology, highly innovative and advanced materials and components that feed into those goods. The chemical industry stands out in this process, but it is also happening in product categories ranging from glass and steel to electronic and automobile components, semiconductor manufacturing equipment and smart city infrastructure.

How is this reinvention affecting consumers?

This reinvention – away from end products to input materials – has gone largely unnoticed. But even though there is no “Japan Inside” sticker on the final items, let me challenge you with this statement: Not a single day goes by when you do not use at least five products that would not function in the way they do without at least one advanced component that is made in Japan. Here are a few examples: Have you used your cell phone today? Driven a car? Taken a picture? Used a microwave? Looked at a computer screen? Each of these products relies on a set of advanced materials and production technologies from Japan.

How would you characterize this pivot in the business world?

I have labeled Japan’s dominance in these inputs the “aggregate niche strategy.” In a study of roughly 900 input and end products – from robots to batteries to LCD screens – Japanese companies combine to a global market share exceeding 50 percent in about 500, and 100 percent in over 50 products. On average, these global markets have a size of about $5 billion, which is not that big, but in the aggregate, it adds up very nicely. The makers of these products are among Japan’s largest companies, so this is not a story about small companies or hidden pockets of innovation. It describes the new face of Japan’s large-firm competitive thrust. 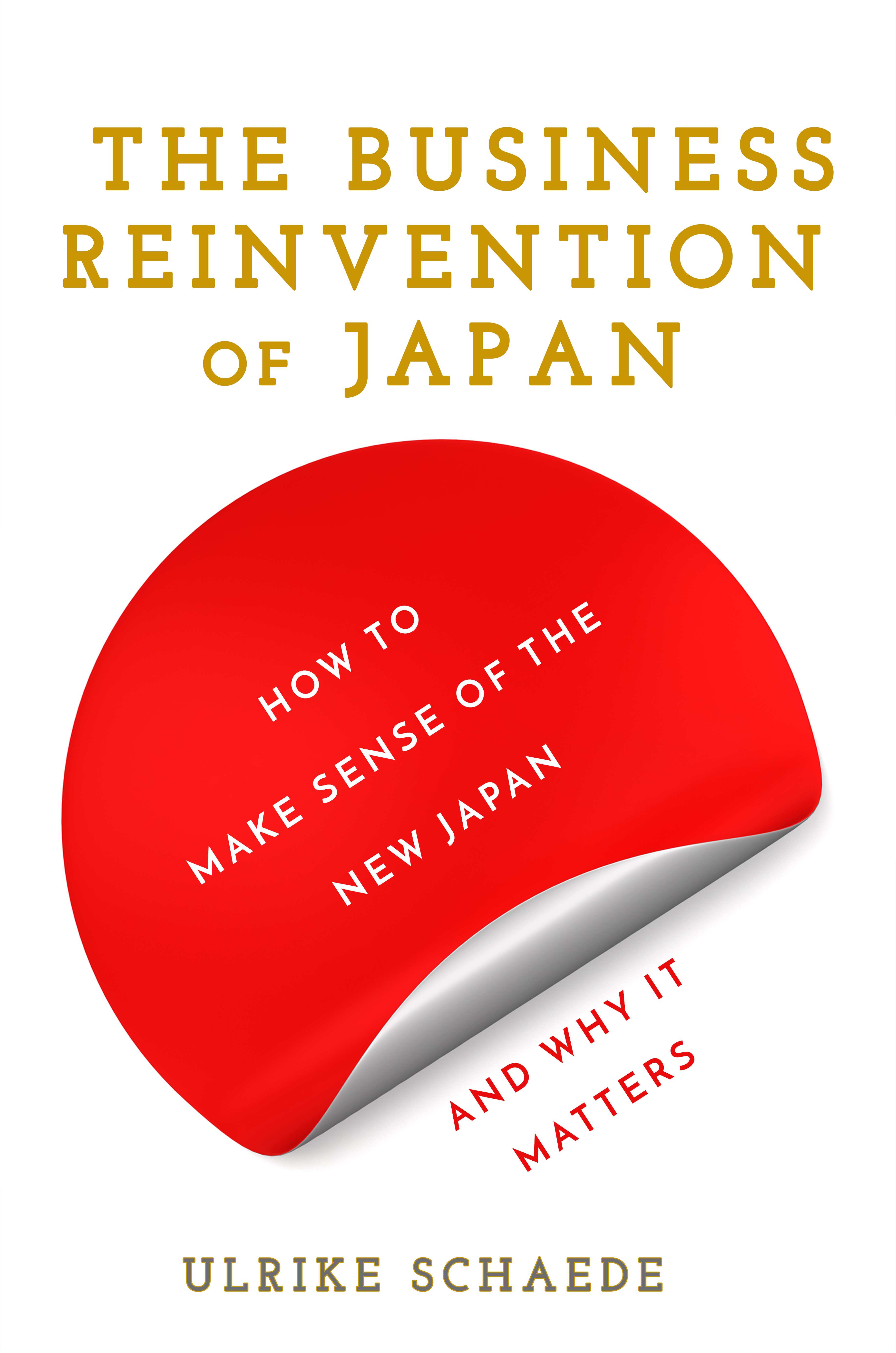 In your book, you include a concept of “caring” capitalism. Could you define that for us?

The reinvented Japan continues to represent a different system of capitalism, where companies have a social responsibility for employees, smaller suppliers and society overall. This is informative for our current discourse in America regarding the shortcomings of the U.S. system, with its focus on the stock price and shareholder gains and at the expense of social infrastructure and inequality. The COVID-19 situation in Japan underscores this: the unemployment numbers and small firm failures in Japan will be much lower than in the U.S. Thus, Japan’s more caring and balanced systems, where employees come before dividends, may be of a larger interest as well.

Japan’s reinvention has happened at a slow pace, over a period of roughly 30 years. Why is that?

The full answer is in the book, but the short explanation is that this pace reflects societal expectations in Japan: “slow” is the price Japan is willing to pay for societal stability and safeguards against unemployment and inequality. By proceeding methodically, within significant constraints and limitations on layoffs, spinoffs, cut-offs and sell-offs, Japanese companies are now showing the world that corporate reorganization need not be messy or socially disruptive. Americans probably would not have the patience for such a slow pace. In other words, Japan’s more caring and balanced capitalism that values social stability as much as corporate profits is producing outcomes that are very different from the U.S. or Europe.

Another reason for the slow pace of change is that at the company level, this change has to be  managed within the so-called “tight culture” setting of Japan. Tight business settings are characterized by strong behavioral norms of what constitutes the “right” behavior, and strong agreement that deviants from those norms ought to be reprimanded. For example, it would be considered socially and morally wrong of a company to lay off employees during a crisis unless bankruptcy is imminent; companies that do such a thing would have difficulty selling products or attracting new talent when the economy rebounds.

How has this transformation in Japan’s economy affected Asia?

One effect of the aggregate niche strategy is that it has created new trade dynamics in Northeast Asia. South Korea and Taiwan have a trade deficit with Japan, driven by demand for input components and advanced materials and chemicals, and China has a trade deficit with South Korea and Taiwan, driven by the intermediate products for the assembly of televisions, cell phones, batteries, etc. The newly arising dependencies in this trade setup are already beginning to influence the overall dynamics of Asia.

Has the COVID-19 crisis affected the thesis of this book?

No, not at all. What I describe in the book is still happening. It is in fact possible that the interconnectedness through the supply chains will help Asia rebound faster, especially the Japan-Korea-China triangle. Or the crisis may change the trajectory of Japan’s transformation, but it will not unravel it.

What is more, what I observe about Japan’s “tight culture” and more balanced capitalism is also visible in how Japan has been able to contain at least the first wave of the  COVID-19 crisis. So far, Japan has reported fewer than 17,000 cases and 1,000 deaths – even though it has a fast-aging society and was hit early. And there is no news of mass layoffs from Japan. The response to the crisis is very different from what we have seen in the U.S.

What are your next projects?

I am hoping that the impact of this book will be to change the ways in which we have come to view the role of Japan in Asia, as well as to showcase an alternative system of  capitalism. The book also ties into our activities at JFIT, the Japan center at GPS, which works to bridge business and technology in San Diego and Japan. Japan’s new leading companies are global players, and many are interested in connecting with the knowledge and business creation at UC San Diego.

At JFIT, we have launched a weekly webinar series titled “JAPAN FORUM,” which is highly popular, indicating a renewed interest in Japan. I am also building out my new website, TheJapanologist.com, to update what I write in the book with what is happening during and after the COVID-19 crisis. It features blogs, opinion pieces from guests and myself and links to interesting news on Japan.

If you’d like to hear more about the book and these activities, be sure to register for the June 2 webinar at 4:30 p.m. PDT where GPS Professor Stephan Haggard and I will be discussing my new book.