In a Q&A, the professor opens up about the coming of his new book, “Hard Target,” and working with his writing partner, Marcus Noland 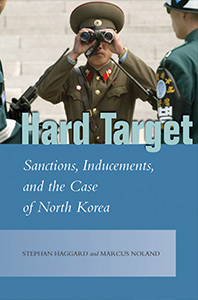 From headlines to bylines and airtime, Stephan Haggard often serves as the world’s go-to source for making sense of economic, political and security developments on the Korean Peninsula.

And now—alongside his long-time collaborator Marcus Noland, executive vice president and director of studies at the Peterson Institute for International Economics—the professor at the UC San Diego School of Global Policy and Strategy (GPS) has penned his most current policymaking perspectives into a new book, “Hard Target.”

Ahead of its release in May, we connected with Haggard for a peek into the 344-page manuscript that captures the effects of sanctions and inducements on North Korea, including the reluctance of the North Korean leadership to weaken its grip on foreign economic activity.

How long has “Hard Target” been in the making, and why now is it appropriate to publish?

Never ask an author how long it has taken to complete a book. More seriously, Marc and I started thinking about sanctions while we were writing “Famine in North Korea,” which came out a decade ago. We felt no one was paying attention to the political economy of the North Korean nuclear crisis at the time, which is now a part of this book.

What’s behind the name “Hard Target?”

The question of whether sanctions ‘work’—and the conditions under which they do—is at the heart of a lot of policy debates at the moment, from Russia to Iran, Cuba and other so-called rogue regimes. Clearly, countries that have large trading partners like China or that are authoritarian represent hard targets, since they are more immune than countries that are more exposed.

Who should read this?

I confess it is not light reading. It tries to walk through some of the theory behind what makes sanctions work. But the stories we tell about the politics of the regime, its trading relations, how firms operate in the country and a narrative of the nuclear crisis were written to be accessible to an interested policy audience. That is a long-winded way of saying that everyone should read it.

What points from “Hard Target” do you hope resonate most with readers?

The longer we looked at the issue, the more we focused on the political dynamics between North Korea, China and the U.S. South Korea also has a huge stake in this drama, and if the presidential elections bring a center-left candidate to the Blue House, relations between Washington and Seoul will be more complex. But the book anticipates the issues raised at Mar-a-Lago: the tradeoffs that the U.S. and China need to make in order to contain North Korean capabilities.

For Beijing, the challenge is to take more risk in pressuring North Korea. That is clearly what the Trump administration would like to see. But China wants to see a U.S. that is more flexible in negotiating with North Korea. Unless those two pieces come together, I am concerned we are headed toward military options that carry very high risk. 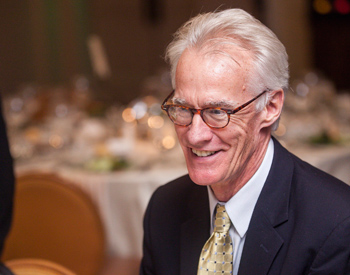 What do you hope is the real-world impact of this book?

Marc and I are both more engaged in the policy world than we anticipated, in part because of our blog, testimonies we have given and policy work for both the U.S. and foreign governments on these issues. Of course, I hope the insights we offer will help push toward policies that have the greatest likelihood of success at the least cost. But we are pretty clear-eyed: The chances of a peaceful denuclearization of North Korea are fast vanishing. Thus there’s a sense of urgency.

You’ve written alongside Noland for sometime now. In what ways do your areas of expertise meld well together?

Marc and I have complementary skills. He is an economist. I am a political scientist. But we don’t hesitate to jump into each other’s turf. One interesting piece of information on the book is that we relied heavily on excellent GPS grads in putting the book together, including Erik Weeks ’06, Jennifer Lee ’08, Alex Melton ’11, Kevin Stahler ’13 and Kent Boydston ’15. That gives you some sense of how long this has been in the works.

So, what’s the next big project on your—or yours and Noland’s—plate?

Earlier in my career, I wrote on the varieties of East Asian capitalism, drawing on the concept of the ‘developmental state,’ pioneered by the late Chalmers Johnson, a prominent Japan specialist who was at GPS for many years. I am writing a short book for Cambridge University Press on the topic, talking about the rise, fall and rebirth of interest in developmental states. A shorter project I am completing tells the story of the UN Commission of Inquiry on Human Rights in North Korea.

Other than that, North Korea continues to keep Marc and me busy. I suspect we will continue to write on various aspects of the country. There is plenty of grist for the blog, academic papers and my GPS class on Korean security, as well.