Reflections of a harrowing journey through China's turbulent revolution

At the 2020 So Kwan Lok Distinguished Lecture on China, economist, investor and author Weijian Shan shared his odyssey of living through the turmoil of Mao’s Cultural Revolution and his path to becoming a successful financier 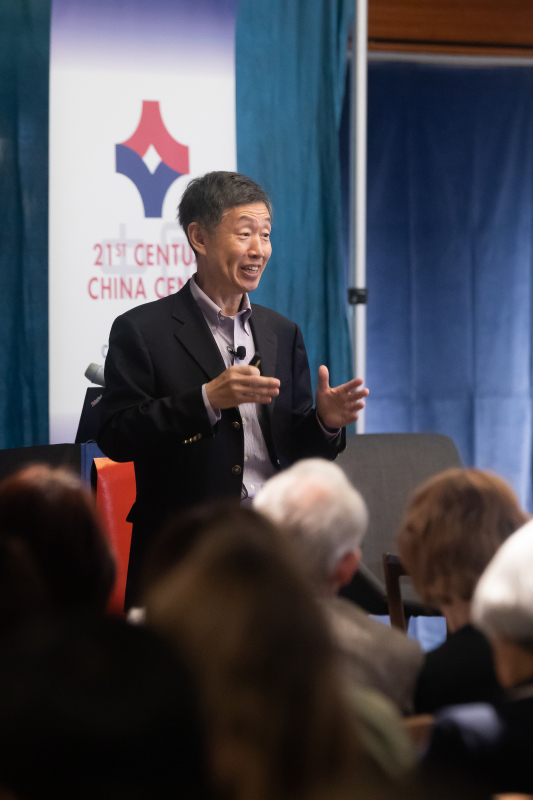 Former state leaders disappearing, thrown in prison and tortured without public knowledge.  A country’s entire education system shuttered for a decade. Forced hard labor and fruitless efforts to farm in the Gobi Desert.

These were some of the scenes author Weijian Shan described for the audience during the sold-out ninth So Kwan Lok Distinguished Lecture on China, hosted by the 21st Century China Center and held at UC San Diego on  March 9. As part of the talk, Shan discussed his bestselling memoir “Out of the Gobi: My Story of China and America.”

“This signature lecture of the UC San Diego School of Global Policy and Strategy allows us to have an extraordinary speaker share insights about one of the truly critical relationships of the 21st century, the one between the U.S. and China. The interplay of these dynamic nations is driven both by their diplomacy and their business priorities, and also by the internal forces of their society,” said GPS Dean Peter Cowhey.

Shan, now chairman and CEO of the Hong Kong-based private equity firm PAG, grew up amidst China’s Cultural Revolution. He was finishing elementary school when the revolution began in 1966. Shan said during this time, many Chinese leaders—once allies of Chairman Mao Zedong—were abruptly removed from power and imprisoned at Mao’s directive.

“Everybody in a position of authority—government officials, scholars in economic circles, professors, cultural figures—were brought down, abused, persecuted, and many of them were killed,” Shan said.

After the revolution began, the economy came to a near standstill, and all schools closed.

“There were millions of teenagers like me who didn’t have school to go to, who didn’t have jobs to do, who were looking for trouble and fighting with each other,” Shan said.

The attempt to tame the Gobi Desert

At this point, Shan said, Mao decided to send more than 17 million people to the most remote regions of China to begin civil construction projects. Shan was among them and was sent to the Gobi Desert in 1969 to attempt farming in the region, which is known to be one of the harshest climates on Earth. 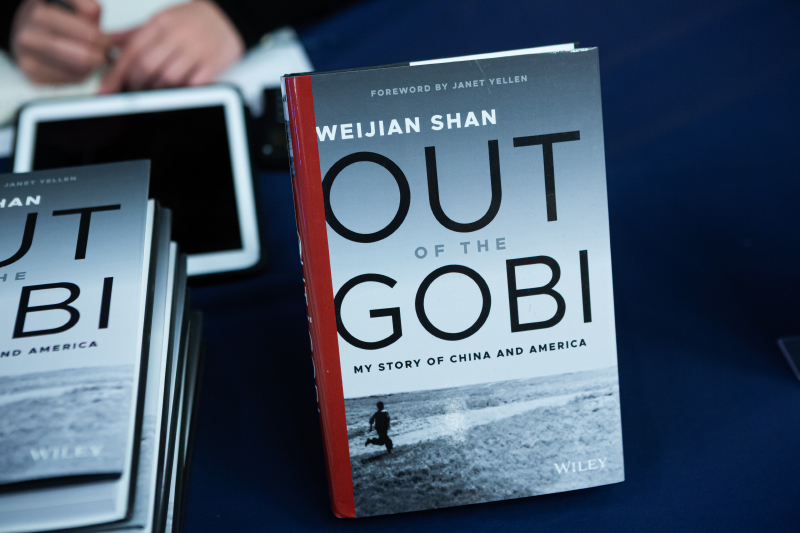 When Shan’s unit first arrived in the desert, there was no housing or shelter, and temperatures that autumn were already close to freezing at night. Initially, they dug holes to sleep in, he said, and eventually they were able to construct shelters of reeds and mud to protect themselves against the elements.

“We worked years and years under the blazing sun in the summertime and in the deep cold in the wintertime, day in and day out—12, 14, sometimes 18 hours a day—trying to transform this land into fertile farmland,” Shan said, though those efforts were mostly in vain.

In addition to the tolls of forced labor, Shan and his unit also had to worry about starvation and dehydration.

“We were only given two meals a day,” Shan said. “Typically, by 1 or 2 o’clock, my energy would be spent and my stomach would be completely empty. But without finishing our work, we were not allowed to go back or have the next meal.”

Even though they worked on a vast frozen lake, the ice was too thick to provide relief for their thirst. The laborers resorted to sucking on ice chipped from the lake’s surface to prevent dehydration, Shan said.

“To try to quench your thirst by sucking on ice is almost impossible because everything is frozen—your lip is frozen, your hand is frozen and you can hardly get the moisture out of the ice,” he said.

Though the hard physical labor was mostly wasted as it never yielded any crops, Shan shared that the biggest waste was the human potential.

“I had many friends who were much more intelligent and talented than me,” he said. “But because there was no education, so many talented people were wasted.”

After six years in the Gobi, Shan was able to return to his hometown of Beijing, and many of the work programs put into place ceased when Mao died in 1976. Following his death, Chinese leaders implemented a series of economic reforms that opened China to a number of opportunities, including allowing Chinese students to study in the U.S. 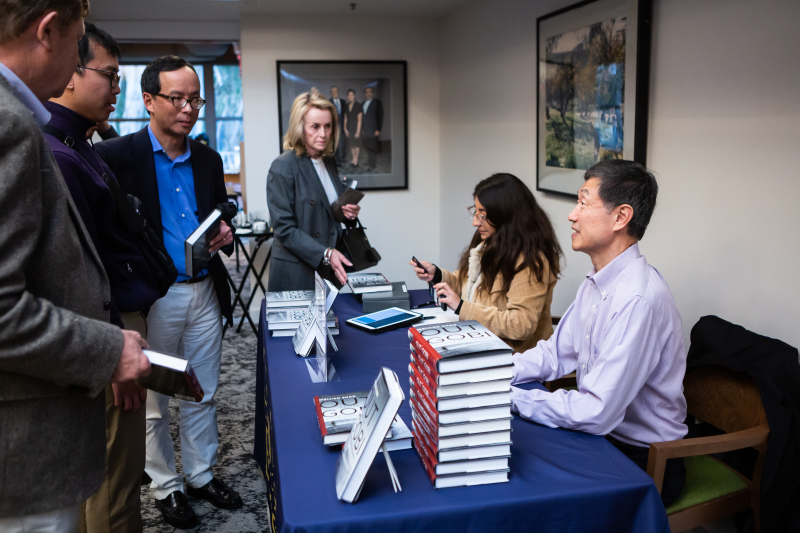 Shan was one of the first students to take advantage of U.S. study programs in the early 1980s, eventually earning an M.A. and Ph.D. from UC Berkeley, and an M.B.A. from the Univer­sity of San Francisco.

As he shares in his book, he went on to work in private firms and led a number of landmark transactions including the acquisitions of Korea First Bank and China’s Shenzhen Development Bank, both of which made his investors billions of dollars in profits and were made into case studies at Harvard Business School. Shan also taught as a faculty member at Beijing University of International Business and Economics and at the Wharton School of the University of Pennsylvania.

Shan said the book is about more than retelling history—it’s about preventing “very horrible” events like those he experienced from happening again.

“We wish that China didn’t have that part of history, but we did,” Shan said. “I think the risk is to repeat that kind of history. That risk still exists, and therefore it’s very important for people to know what our entire generation once went through. Without knowing about it, without remembering it, there’s a risk of repeating it.”

“It’s not just his story—it’s really the story of a generation of Chinese who were children in the Mao era and suffered really intensely during the Cultural Revolution,” Shirk said. “Now, they are doing remarkable things not just in China but in the rest of the world as well.”

Visit our Flickr album for photos of the event, or watch the full lecture here.