A glimpse at Associate Professor John Ahlquist’s research on Hungarian election reforms, to be presented at Destination GPS 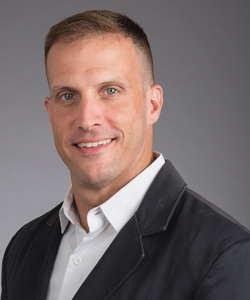 Since joining the UC San Diego School of Global Policy and Strategy (GPS) just over a year ago, Associate Professor John Ahlquist has certainly hit the ground running.

From mastering the School’s Policy Making Processes course to serving as a faculty mentor for its Science Policy Fellows Program, he has been devoted to the betterment of current students on campus—at GPS and beyond.

Meanwhile, off campus, he has jumped on the opportunity to connect with former students of the School such as during an informal visit to Seattle and also in presenting at the university’s UC San Diego & You lecture series in Washington, D.C.

“It’s selfish in a sense,” Ahlquist said, jokingly. “I’ve had a lot of fun meeting alumni. There’s so much to be learned from them in regard to the career paths our current students may pursue.”

And next month he’ll have even more to encounter, as he kicks off the School’s annual Destination GPS series on Feb. 16 in the Bay Area.

In addition to meeting and mingling with current and former students, Ahlquist also will be presenting a talk, titled "Slouching Toward Authoritarianism? Lessons from the Hungarian Electoral Reforms.”

Ahlquist’s research focuses on the political economy of labor markets and income inequality—a topic on which he is published widely. His most recent book is “In the Interest of Others: Organizations and Social Activism.”  His paper on Hungarian election reform to be presented at Destination GPS, Ahlquist said, is “a little bit outside of my normal area of research in terms of region and substance.”

Ahlquist and his co-authors of "Slouching Toward Authoritarianism?” applied similar experimental methods to a sample of voters in Hungary to understand how voters react when incumbent political parties rewrite election rules, reduce political competition and entrench themselves in power. 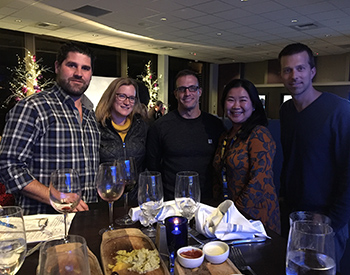 The takeaway? Simply providing voters with information about the reforms and their consequences didn’t move voters’ opinions.  But when the reforms are couched in partisan terms, voters reacted, Ahlquist said, meaning those who already opposed the incumbent became more negative.

“People choose to believe things if it coincides with what they already believe or want,” Ahlquist said. “It’s hard to change people’s minds in serious ways.”

Which brought Ahlquist to another realization: “The idea voters are going to be the ones to stand up and defend democracy in some aggregate sense or they are going to punish a party because they broke or bent the rules, at least in Hungary, is not going to be the case.”

Through the lens of a political scientist, he underscored that voting, in fact, is the minimum needed to make democracy work.

Register by Feb. 8 to attend Ahlquist’s talk at Destination GPS: San Francisco Bay Area, and peruse other Destination GPS events coming to a city near you.


What are the real-world impacts of your research?
My "Alien Abduction" paper has been used in debunking false claims about voter impersonation in the U.S. As well, my work on labor unions in politics has been of interest to labor and community groups in three states as they seek to better reflect the political interests of their members.

What skills or understanding do you hope students leave your class with?
First, an appreciation for what we have learned about the functioning of political systems combined with a sensitivity for the limits of our knowledge. Secondly, a more refined intuition around quantitative data. I want my students to be harder to trick or confuse with statistics, especially around the functioning of the economy and the distribution of its benefits. Lastly, an improved ability to distill complicated topics down to their essentials and communicate these in written documents.

What is your academic focus?
The political economy: How can democratic governments and freer markets play together nicely over the long haul?