GPS Professor Joshua Graff Zivin combines STEM with the economics of innovation in latest research ranging from energy to public health, plus discusses a renewed interest in Latin America 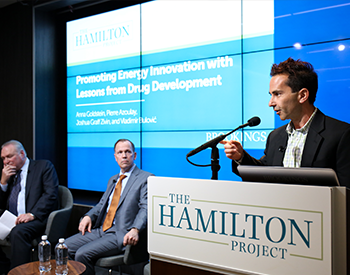 Joshua Graff Zivin’s multidisciplinary research has always been at the cross section of economics, health and the environment.

An environmental economist at the UC San Diego School of Global Policy and Strategy (GPS), his passion for public health started early, developing models that leverage core insights from economics and epidemiology to analyze and design environmental policies while at UC Berkeley during graduate school.

“All of my work feeds into health,” said Graff Zivin. “I want to understand the economic implications of health improvements as well as the economic impediments to achieving them.”

Most recently, Graff Zivin’s work “Promoting Energy Innovation with Lessons from Drug Development” appeared in The Hamilton Project, which offers a strategic vision and produces innovative policy proposals on how to create a growing economy that benefits more Americans.

The report is aimed at policymakers in Washington, D.C. because energy regulation is a major driver in both our economy and in the technology we use.

“The proposal was designed to promote economic growth and sensible policy in Washington,” said Graff Zivin. “Our economy depends so heavily on energy consumption. We need to think about energy innovation as a tool for economic growth and a potential solution to real concerns about pollution and climate change.”

Approaching research with an eye towards collaboration

With policy relevance serving as a guiding force behind all his work, Graff Zivin’s research is broad. Interested in the environment’s impact on human capital, he has become a leading expert low-level pollution research, particularly how health outcomes translate to economic outcomes.

“The goal is to be a cheerleader and booster for interdisciplinary projects and collaboration across research groups with diverse skills and interests,” said Graff Zivin. “I want to raise the visibility of these issues on campus and offer a collective sense of what’s going on.” 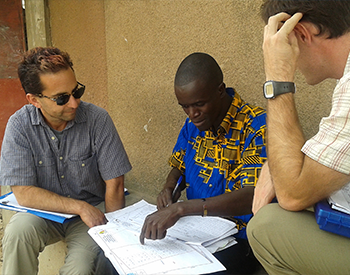 With the majority of his work focused on the nexus of health, environment economics, Graff Zivin was a natural choice for chief economist for the Rockefeller Foundation’s Economic Council on Planetary Health. Having dedicated much of the past decade to understanding the impacts of environmental quality on labor productivity and cognitive outcomes, he believes there are large economic returns to protecting planetary health.

“I am a person who believes that health is an important human right that we should deliver to everyone,” said Graff Zivin. “But it is also an investment in the future performance and productivity of your economy. We must think about these issues strategically.”

On the horizon – new fieldwork in Latin America

Graff Zivin brings his research findings into the classroom, incorporating key insights into his Economies of the Pacific Rim core course, and Environmental and Regulatory Economics. In 2018 however, he took time off from teaching at and returned to South America, a place that holds fond memories for him.

Having lived in Santiago, Chile in the mid-1990s, Graff Zivin worked on agriculture and trade issues at the Economic Commission for Latin America.

“I love Latin America and there is a deep desire in me to return…research is an opportunistic beast!” laughs Graff Zivin. “I’m definitely in the early exploratory stage but would love to look at Latin America at large and the impacts of a wide range of policies on environmental quality and population health outcomes.”

What is your academic focus?
I am an economist focused on environmental, health, international development and innovation. Policy relevance serves as a guiding force behind all of this work.

What are the real-world impacts of your research?
I have served in policy advising roles in government and non-governmental organizations, including the White House, the World Bank the Rockefeller Foundation. My research has been cited by the EPA as for regulation.

What skills or understanding do you hope students leave your class with?
My goal is to provide students with the tools to see the economics in everyday problems, with a careful eye for incentives and stakeholders. This, in turn, should provide them with the ability to design and evaluate policies and programs, a skill that is valuable in nearly all professional careers, regardless of job title.