In a Q&A, the GPS professor outlines the extent to which ISIS is a legitimate threat, plus what inspired him to research terrorism to begin with 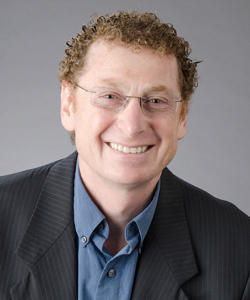 With ISIS in the headlines following attacks in Paris and San Bernardino, Calif., in 2015, the world is on heightened guard concerning the terror group.

As such, we turn to our renowned global conflict expert Professor Eli Berman, who holds a dual appointment with the UC San Diego School of Global Policy and Strategy (GPS) and Department of Economics, to make sense of ISIS’s logic and how great a  threat it is in the U.S.

At what point did you identify conflict and terrorism as research topics worth your while?

EB: I shifted my research to terrorism immediately after 9/11. Watching the news, I quickly became convinced that I had a unique perspective on the threat due to the combination of my existing research on radical religious groups and my military experience in counterterrorism in Israel. Besides, I had just been granted tenure, which provides remarkable freedom to work on the topics I feel are most important.

As research director of the UC Institute on Global Conflict and Cooperation, can you divulge any new research or projects underway, including those inspired by ISIS’s actions?

EB: The most relevant project is already in its second year: an investigation of counterterrorism as a partnership with agency, in which a foreign partner (i.e., U.S.) provides incentives to a local government (i.e., Iraq or Pakistan) to suppress a threat coming from its own territory. The local government can more efficiently deal with the threat, as it has better information and local forces but lacks either the capacity or the motivation to do so.

A good example is Iraq, where our military and government invested tremendous effort in building Iraqi military capacity and indirectly suppressing the threat from Al Qaeda Iraq, the predecessor of ISIS. But the Maliki government reneged anyway on a political commitment to governing the Sunni majority provinces, leaving them to fall into the hands of ISIS. What we know already, from studying 10 different cases, is that the Iraqi case is typical: Motivation is often more of a challenge than capacity, so that the foreign partner must carefully study factors motivating the local government when setting policy. 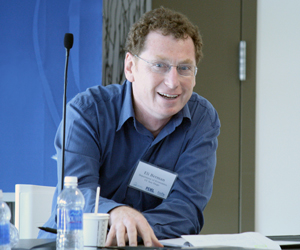 You penned a talked-about article for Politico, “Why ISIS will fail on its own.” How did you come to this conclusion?

EB: Research on the revenue streams of ISIS clearly reveals their ability to generate money from local taxation, and oil revenue is unsustainable. Tax revenue will decline because ISIS's approach is to overtax and confiscate with awful service provision, which is destroying the economy and inducing population to flee. Oil revenue will decline as we bomb facilities and they degrade on their own without engineering expertise for maintenance.  This lack of sustainability combined with the fiscal costs of fighting a symmetric ground war will bankrupt ISIS.

So, to what extent is the U.S. vulnerable to ISIS?

EB: Following the Paris attacks, we did not face the threat of attacks on that scale because the U.S. has successfully excluded and tracked terrorists with foreign fighting experience, which the European authorities have failed at. Of course that leaves us vulnerable to attacks by self-radicalized terrorists, the important difference being that self-radicalized almost always implies self-trained, which often reduces the number of casualties by an order of magnitude, from hundreds to tens.

Importantly, ISIS will be an ongoing threat as long as it can remotely radicalize U.S. residents. In the meantime we could further reduce our strategic vulnerability by limiting the access of terrorists to military-grade weapons such as assault weapons. For comparison, Israel has suffered almost 170 terrorist attacks since September by the self-radicalized with a ratio of fatalities to attack of about one to six, as opposed to 14 to one in San Bernardino. The main difference is the lack of access attackers have to highly lethal weapons. Relatedly, Israel never shuts down schools or surrenders normal life to terrorist threats as the Los Angeles School Board felt a need to do in December.

If you could recommend to anyone a chapter in your book “Radical, Religious, and Violent” for clearer perspective on this ongoing terrorism, what would it be?

EB: I’d recommend the first chapter, "Why are religious terrorists so lethal?" because it's designed to draw the reader into the rest of the book. A GPS student in a hurry who is technically inclined will like the nine-page appendix, which summarizes all the arguments in graphical form.